Home > GreenUtilities > What Is The Climate Change Levy? 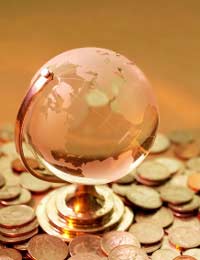 The UK government’s efforts in reducing the nation's harmful impact on the environment have seen the introduction of the Climate Change Levy – but what actually is it and has it done any good?

The Environment And The Climate Change Levy

Conscious of its position as the 8th largest producer of man-made carbon emissions in the world, the UK government has been taking responsibility of its impact on environment and global warming by attempting to tackle CO² emissions.

The introduction of the Climate Change Levy (CCL) is a concerted measure to reduce the level of carbon emissions from energy production and use.

CCL is a tax on the use of energy for industrial and commercial means. Rather than being simply a new way of siphoning money out businesses, it is designed to tackle global warming by providing an incentive to increasing energy efficiency and reducing carbon emissions across the sector.

Who Does The Climate Change Levy Target?

The levy only targets organisations that garner profits from their energy use; it is not collected on that used by charities for non-business purposes, the public transport sector and very small firms who use a minimal domestic amount.

How To Relieve The Environment Tax Burden

Rather than simply being a way to penalise companies who harm the environment, the levy has been designed to encourage businesses to adopt more environmentally friendly methods. For instance, companies are often able to recoup the money they pay through the employment of energy saving measures. They can also avoid payments by moving over to renewable energy sources.

The largest energy users can avoid paying up to 80% of the levy if they voluntarily secure energy-cutting agreements with the government.

The CCL was introduced on April 1, 2001, as part of the government’s efforts to help cut annual carbon emissions by 2.5 million tonnes by 2010.

The levy forms part of the UK’s Climate Change Programme, a government scheme launched in 2000 as a mark of commitment to the agreements made as part of 1992’s Earth Summit, a major United Nations gathering.

Where Does The Money Go?

The levy reportedly brings in just less than £1 billion every year. It is a tax-neutral initiative and so any money raised is given back through energy efficiency schemes, as well as national insurance reductions. Such schemes include the Carbon Trust, an organisation that helps businesses and public bodies reduce their carbon footprints by improving their energy efficiency and adopting low carbon technology.

Criticisms Of The Climate Change Levy

Energy efficiency in the business sector has been improving by about 2% a year, a rise the government has credited to the CCL.

However, the levy has also faced heavy criticism. Alongside complaints about its excessive complexity, the CCL has been criticised for the way it applies equally to high energy users in industry, who are already keen to cut costs, and those in the commercial sector where, in being such a small relative cost, a 5% levy on energy doesn’t make much difference. Its ineffectiveness in this area is highlighted by the fact that emissions are reportedly rising.

The End Of The Climate Change Levy

The days of the Climate Change Levy might numbered if the Conservative political party have their way. The Tories have voiced plans of replacing the CCL with a Carbon Levy, a move that would form part of a larger plan to shift the tax burden away from income and investment and onto pollution.

The proposed carbon tax would reportedly raise more money than the current levy, but any additional revenue raised would be offset by reductions in other business taxes.