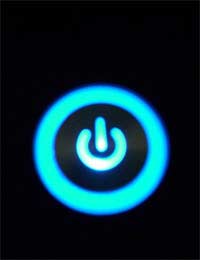 Saving energy in the office doesn’t need great investment, just for employees to adopt some simple energy-saving measures that cost little or nothing in time and money.

The Brit's may be getting more adept at being more energy conscious in the home but as soon as they arrive at work their good work is often undone – the windows are opened because the heating is on too high, even though it’s daylight outside the lights are on and the blinds are down and the computer is left on 24 hours a day.

With businesses producing 40% of the UK’s carbon emissions compared with 27% for households, if we want make our green intentions in the home count then we need to take them with us into the office. It is after all the place where many of us spend half our waking lives.

It’s easy to shift the blame to the management - and in fact many companies believe it is their responsibility and look around vainly for cheaper gas and electricity deals - but the glaring fact is that a significant proportion of energy waste in the workplace could be prevented by employees adopting a few simple energy saving measures.

The environmental agency NetRegs believes basic energy efficiency could save small and medium sized businesses around £1,000 per employee each year.

The biggest wrong-doer in office energy wastage is the workstation. Computers and monitors make up half of the electricity wasted in the workplace, with the monitor accounting for two thirds of that.

It is a gross myth that computers in ‘standby’ mode are essentially off. The name itself is a giveaway, implying the computer is not asleep but merely resting its eyes and is ready to leap into action as soon as its user beckons – a convenience that eats up valuable kilojoules.

Another common misconception is that screen savers save power when computers are not in use. For the convenience of not having to start up your computer after a break from the desk, your company pays and the environment suffers.

If workstations were turned off overnight and at the weekend, they would save half the energy used and, according to government statistics, each would save £63 a year. That figure multiplied by the number of computers in the office could mean a lot of money and a lot of energy saved.

Do The Lights Need To Be On?

Office lighting is another area where energy is needlessly wasted and could be prevented by staff adopting some basic rules.

As employees are leaving for home and remembering now to switch off their workstations they should also do the same with the office lights – providing they’re the last to leave of course.

This brings up another popular myth of the office – that fluorescent lights use less energy if they are left on rather than continually switched on and off. It is true that they use up a lot of energy when they first come on, but after only 15 minutes that immediate power burst will have been already used 500 times over.

In many instances the lights needn’t be on in the first place. It is a common scenario for office staff, irritated by the daytime sunlight on their screen, to close all the blinds and switch on the lights. Research shows that if employees shaded or better positioned their monitor, and allowed the sun rather than electricity to light the office, companies could cut their bills by up to 19%.

The third big area for office energy savings is heating and cooling. Workplaces too often take their heating and air conditioning facilities for granted. It is all too common for people to solve the problem of an overheated office by opening windows instead of turning the thermostat down. In fact with a 1 degree drop in temperature saving between 8 – 10% on the bill, it makes sense for staff to get acclimatised to lower office temperature all the time.

Those unoccupied areas such as store rooms and kitchens don’t even need heating, at least not during evenings and weekends.

Another familiar and troubling office scene is of employees all wrapped up because the air-conditioning is on too strong. If it is a warm summer’s day and there are people around the office wearing jumpers and other layers then it is a glaring sign that the air-conditioning use should be curbed and those responsible informed. This is energy that is being carelessly wasted for no benefit whatsoever.