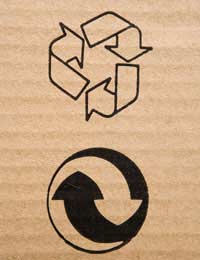 One London-based employer has succeeded in claiming the title as Britain’s ‘Best Green Company’, but how exactly did they manage it?

First introduced in 2008, The Sunday Times Best Green Companies Awards recognises those businesses in the Great Britain that are most devoted to environmental issues, implementing green policies and engaging their workforces.

Furthermore, it not only identifies the British businesses that are striving to improve their environmental performance, it also celebrates and publicises their commitment to the planet.

The awards are notable for their in-depth survey of company employees to ascertain whether company standards and policies are being implemented at all levels of the business.

The most recent winner of this much-coveted award is Forster, a firm that brands itself an “ethical marketing, PR and design company”.

The London-based firm topped the ‘Green List’, the 60 businesses deemed to have the most fundamentally improved environmental performances. In achieving this honour, Forster earned a total 94% green score from its employees.

The Key Innovations and Policies

The key factors that helped to secure the company the top prize include an annual ethical impact review, an innovative green commuting holiday scheme, a bike pooling system for local meeting transport, and a staunch commitment to local suppliers.

Those employees at Forster who walk or cycle to work are rewarded with extra holiday time. For every journey to and from the office made on foot or by bike, staff earn five minutes’ holiday. It might not sound like very much but over the space of a year it can add up to total of 2 and a half extra days.

A quarter of employees now benefit from this initiative, not only in terms of holiday bonuses but also with health rewards and the satisfaction of helping reduce carbon emissions.

Over the last year, the company has also made waves by reducing the amount of paper it bought by 8%. Additionally it has opted to purchase its electricity on a green tariff.

Forster prides itself on its sustainable approach to everything, not least in its supply purchasing, where it works closely with local suppliers even down to the sandwiches its employees eat.

Another key Forster mantra is in making all aspects of its environmental policy easy, fun and relevant because they believe that is best way to get people to participate. For instance, instead of the staff being told to turn down the heating in winter they are issued with ‘winter survival kits’, which contain hot water bottles, jumpers, and wool and knitting needles to make their own scarves.

It’s target for the next Best Green Company competition is to achieve ISO 14001, the much-prized certification for environmental management.

Guiding Principles of the Organisation

Environmental commitment at Forster didn’t begin with the incentive of the Best Green Companies Award - it has help from the guiding principles of the organisation from its very foundation, not only in the way it is run, but also in terms of the projects it works on.

In its 9 to 5 role it aims to use communication for positive change in health, social justice and the environment too. Its recent work has included the high profile Frank campaign, which sought to educate young people about drugs.

Even though the firm has beaten off challengers both big and small, and from all manner of company sectors, it still doesn’t believe that it has done anything revolutionary in achieving the title of Best Green Company, and is adamant that anyone else can do what they have done.

What’s more Forster is keen to promote this belief by offering guidance to other companies who want to follow in their footsteps.

The first ever winner of the Green Companies Awards was the coffin manufacturer J C Atkinson and Son. The crucial factor in achieving this accolade was that its Tyne and Wear factory was heated using a warm air heater powered by the company’s waste wood.

Although the special heater necessitated a £100,000 investment, it saves around £18,000 a year in gas or oil costs, and was expected to have paid for itself within the ensuing five years.

The the array skylights dotted across the factory roof also earned the firm Green Company brownie points because they mean that only half of the factory’s lights are used, saving a whopping £1,200 in electricity a year.