What is Energy Saving Week? 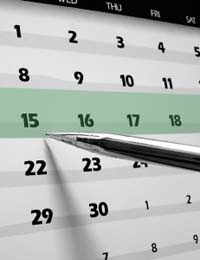 Whether in the home, the office or the community, the annual Energy Saving Week is way of showing that our small individual energy saving efforts can make a big difference.

According to a recent survey, Britons have the worst energy wasting habits in the whole of Europe. In the study Brit's admitted to an average 32 energy-wasting actions per week – that’s over twice as many of the survey’s most energy efficient citizens, the Germans.

The report forecasts that unless energy habits change for the better, by 2010 we will have wasted £11 billion and released 43 million tonnes of carbon into the atmosphere needlessly – an amount of CO² that equates to the emissions of over 7 million households.

Energy Saving Week is staged each year as a way to raise national awareness about this ever deepening crisis. This unique event is hosted by the Energy Saving Trust, a non-profit, government-backed organisation set up to promote energy efficiency and to cut carbon dioxide emissions in the UK.

Saving energy and fighting climate isn’t reliant on the government taking big steps, it is also about what we can all do as individuals in the home, office or in our daily lives. The event calls on the nation to try and make efforts to be green by taking some simple habit-changing actions.

In the Home, Office and the Community

The campaign, which has been running since 1996, adopts a new theme each year as a way of raising awareness in all aspects of our lives, whether in the household, in the community or in the office. In 2006, individual consumers and their daily habits were the main focus, whilst 2007 centred on community action.

Energy Saving Week 2007 was also marked by the staging of the ‘C8 Summit’. In this meeting, eight special leaders from eight modern British communities were brought together to discuss the commitments they can make to encourage their mass membership to reduce their carbon footprints.

Another recent highlight of Energy Saving Week was the launch of the ‘Save your 20%’ campaign, which has currently encouraged over 200,000 people to commit to saving a fifth of their energy use by adopting simple energy saving habits like:

The CO² saved are then calculated and emailed to those who supported the project as a way of highlighting the differences small changes can make.

Further efforts in using annual campaigns to raise national awareness about energy saving potential of small personal actions have not all been so successful. February 27th, 2008 saw the UK’s first ‘Energy Saving Day’, an event that called for people to leave off unnecessary electrical household items and office supplies for a whole day.

The hope was that the combined efforts would result in a small but measurable reduction in electricity use. A 2-3% fall, for example, would be the equivalent to the output of one or two fossil fuel power stations.

Unfortunately the campaign led to no noticeable reduction in the nation’s electricity consumption. Rather than being damning show of apathy by the UK population, the failure was blamed on a drop in temperature over the night of the 27th and 28th, which would have led to more lights and heating being left on.