Home > Green Workplace > How To Assess Green Claims Of Products

How To Assess Green Claims Of Products 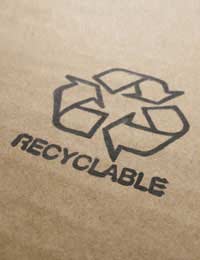 Many office products now claim to be environmentally friendly, but beyond the marketing spin, how can you tell how genuine the claims are?

Ever since environmental concern has entered into the mindset of consumers, manufacturers and suppliers have become keenly aware of the benefits of marketing their products as being environmentally friendly.

Green claims are self-declared statements, symbols or graphics that communicate a product’s – and its manufacturer’s - environmental credentials. Such claims could include promoting a product as 100% recycled, organic, produced from sustainable forests, CFC-free or locally produced.

As well as self-declared green claims, there are also third-party labelling systems that in theory offer a more reliable ‘outside’ expert qualification of the product. These include schemes like eco-labels.

Providing clear and unambiguous environmental information benefits the consumer, the company and ultimately the environment. If products are promoted by highlighting their environmental effects and qualities, and how to use and dispose of them responsibly, then consumers can make informed buying choices. It also helps to raise green awareness and improves the public’s understanding of environmental issues.

The manufacturers benefit because they are improving the quality of their products and at the same time enhancing their credentials and demonstrating environmental responsibilities to everyone.

So in theory this is a very positive development – regardless of whether the companies are thinking more about their profits than the environment, ultimately everyone stands to benefit. Unless, of course, the claims are not genuine – I mean how do you know a product’s green claims are not just cynical tactics to pull in the green conscious consumer?

With an increasing number of products making bogus environmentally friendly claims – a tactic known as ‘greenwashing’ - it is vital that offices adopting a green purchasing policy take pains to verify them.

Only recently, the Shell oil company was taken to task for claiming in an advertisement that it uses all its waste carbon dioxide to grow flowers. Friends of the Earth corrected the advert by stating that actually less than 0.5% of waste CO2 is used for such a purpose.

If your business if taking the trouble to adopt a new green purchasing policy then it makes sense to tread carefully by making well researched decisions about new products and suppliers, otherwise the efforts will be in vain.

Therefore if a supplier makes a green claim then standard practice should be to request written documentation backing up the claim. As a further measure it is worth enquiring as when the documentation and process was last reviewed and to what official standard. Is it possible to get a copy of the environmental report?

This would of course be ridiculously over the top for the high-street consumer - assessing each and every product with green claims - but as companies use long-term suppliers it is a necessary – and far from unusual - first step in building a trusting working relationship.

Greenwash is threatening to sabotage the environmental movement in the commercial sector. It has already damaged consumer confidence in green advertising, with only 10% of the public trusting the environmental claims of businesses and the government.

If companies don’t help fight the greenwash scourge by making businesses accountable for their environmental claims then those companies that are helping the environment by creating environmentally friendly and organic products will lose out along with everyone else.